We caught up with Graham Blackwell over the phone last week to talk about his awesome Formula Ford sprint car. The car has been quite a labour of love for the past five years and there’s continued passion on improving the car for the future. Graham finished 8th in the British Sprint Championship last year, regularly beating the V8 single seaters and has a few FTD’s to his name, but with more modifications coming, the successes will likely be surpassed next year. 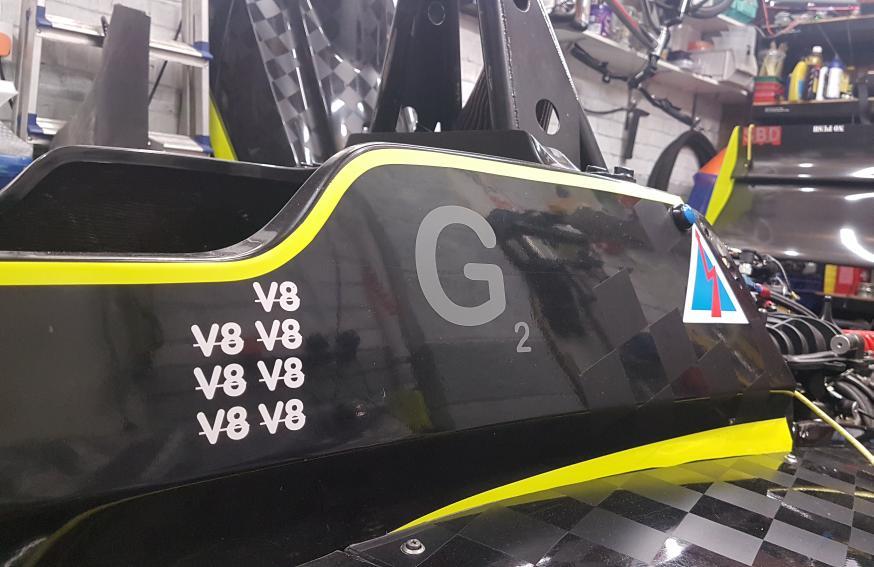 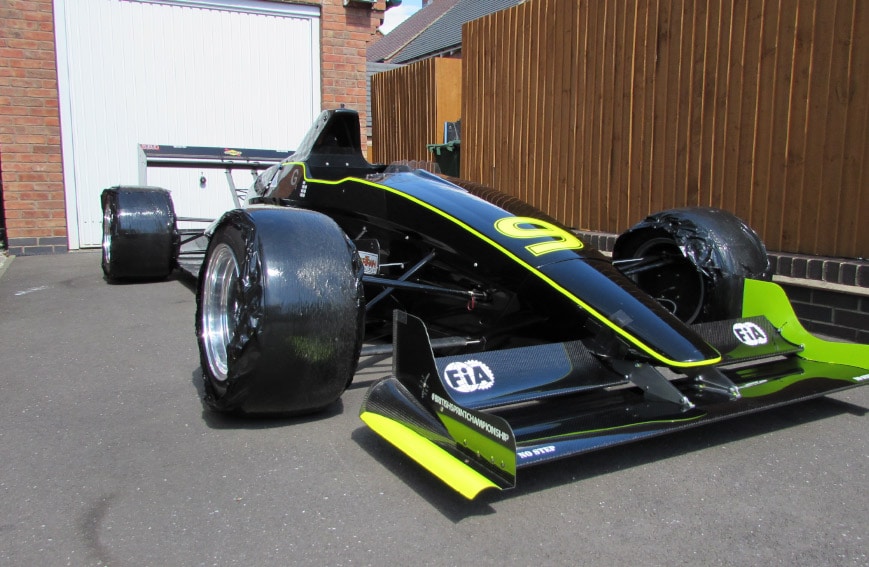 In its current state, the car is a V8 eater – you could say it’s a single seater sleeper – and Graham has the stickers back this up! Specifically made for those victories against the V8 single seaters, Graham adds a V8 sticker to the side of his car, and he’s got a growing collection! I’ve also been told that the V8 drivers have an equivalent EcoBoost sticker in the same format, which made us chuckle!

Graham started his love for motorsport and modifications driving a modified Fiesta XR2 in the sports libre sprint class. This class allowed Graham near unlimited modifications and that seems to have inspired his passion and it’s followed through into his current Formula Ford project. “There are really no limits for power, aero or electronic modifications with the car I have now”. Graham’s engineering background means he’s not afraid of getting his hands dirty, “I’m one for trying things out, bucking the trend and continually improving the car, turning the boost up and having a bit of fun!”. Graham’s only regret was not getting into the single seater scene sooner, “there’s something quite special about driving a single seater, it was quite alien when I had my first test, but being open to the elements is just addictive!”

The car is a Mygale M13 Formula Ford (1600 EcoBoost) and it’s changed massively over the past few years. Graham bought it in 2015, the car was originally an ex-Formula Ford championship car, raced in the 2013 season by team Radical. At the end of 2014 the Formula Ford Championship was effectively scrapped and rebranded as Formula 4, meaning the current cars were no longer eligible to be raced. The car along with the sister championship car sat in a barn for around 9 months before Graham came along.  “A good friend of mine and I made an offer to buy both the cars, we basically got everything you needed to race them, wishbones, wheels, engine parts, so we split everything into two and went from there”. Both meet up and exchange parts when necessary, which definitely takes the pressure of gaining or making spare parts.

In 2016 Graham went straight into the British Sprint Championship, but found the car vastly underpowered compared to the 2.0 litre Dallara’s and SBD runners. “So then the bug for modifying started”. The car had a fairly standard 1.6 litre EcoBoost engine from a Ford Fiesta, pushing out around 160 bhp. “So I decided to fit a bigger turbo, had it tuned and I got about 313bhp out of it, so it went from 160bhp to 313bhp just by changing the turbo. I went out for two practice runs with a number of engine maps, initially I was apprehensive and then thought ‘oh what the heck’ and dropped it into full power mode… the difference was just incredible”. The EcoBoost seems to be a great choice for both reliability and horsepower, “I just change the oil and put petrol in it to be honest”. Graham has recently purchased a new EcoBoost 1600 engine, this time built by Ian Howell at Area 6 Developments. “It cost me £5,000 and this one’s got 375 bhp and 405 ft⋅lbf torque! Find me a V8 which produces that amount of power for 5k!”. Well, when you put it like that Graham…!

The car has also had some fuel system changes to make it more sprint friendly. “We had lots of problems running small amounts of fuel in the original 30 litres tank fuel. You would get fuel surge in the corners and the engine would just cut out”. Graham has installed two new fuel tanks, a main 10 litre unit which feeds a separate anti-surge tank that then pumps fuel into the engine. This has since sorted all fuel related issues and most likely increased reliability.

Graham has also fitted a gas temperature sensor to the exhaust system. “It’s interfaced to the ECU which monitors exhaust and turbo temperatures”. This has meant that Graham can monitor temperatures more closely and look out for any early warning signs of unreliability. Both launch and traction control have also been added to the car for better launches and drivability, especially in wet conditions. 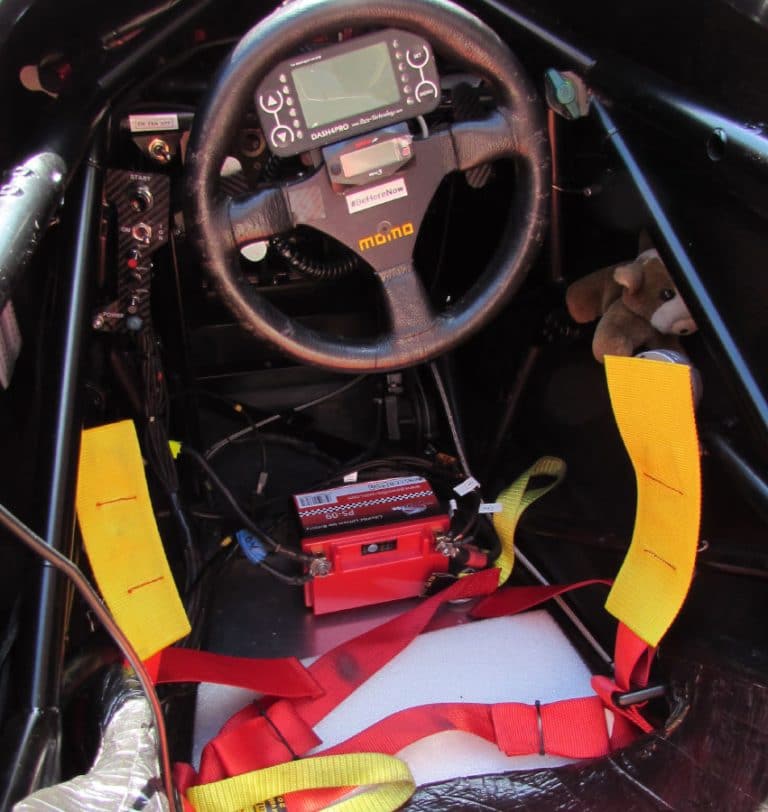 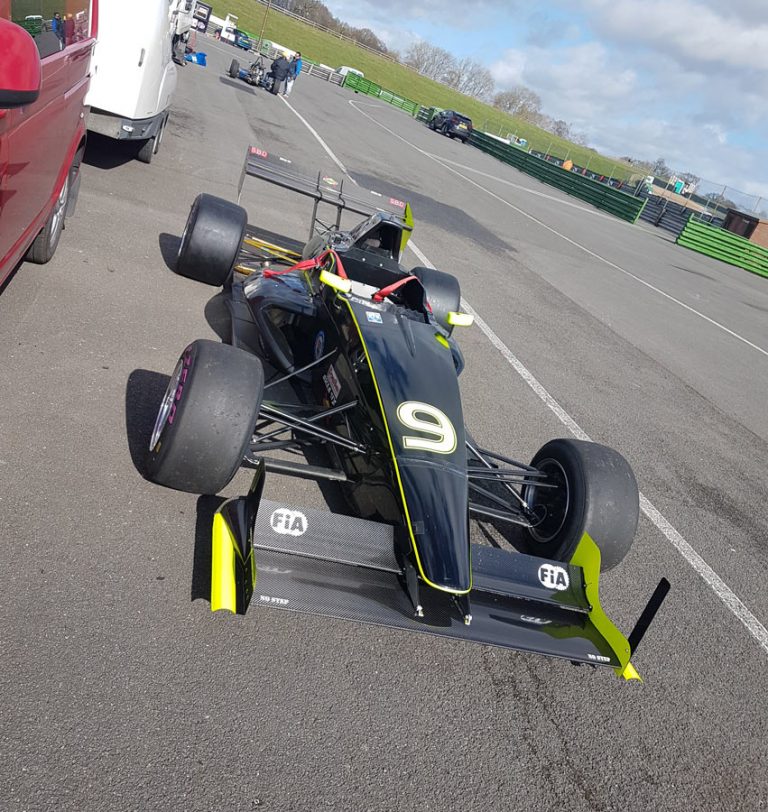 A lot seems to have changed on the car, especially when you compare the original and the current iteration. The car has been fitted with some custom DJ race car wings, as seen on the DJ Firehawk cars. The SM153 has been fitted to the front and the SM183 at the rear. “Simon Mcbeath (who designed them) and I came up with the optimum positioning to mount them on the car”. These seem to have made a massive difference to cornering speeds and overall grip of the car.

Graham has also installed some very large bargeboards to the car. “I took the bargeboards from a Dallara F3 car and modified them to fit the Mygale, all the front runners seem to run them, so I thought what the hell I’ll have a go. “I do a lot of reading on aerodynamics and found a paper referencing bargeboards in Formula one, obviously the idea is that you’ll get less wake from the front wheels and air will converge behind the car creating better airflow over the wings”. This was fitted over the last few weeks so Graham hasn’t had a chance to test them yet, but sounds promising!

The biggest gains seem to have come from the new Pirelli Ultrasoft tyres. “I put them on the car and instantly I was 2 seconds a lap quicker”. Graham, like many other sprinters, were running the A15 Avons but have since switched to Pirelli for both performance and durability. “The Avons needed constant attention and cleaning, often with a heat gun, but the Pirellis are a game changer, you don’t clean them – you just roll up to the line and away you go, 2 seconds quicker”. Graham uses just one set for the whole year which has also saved him a lot of money.

Thanks to Graham for having a chat with us and we look forward to watching his progress next year. 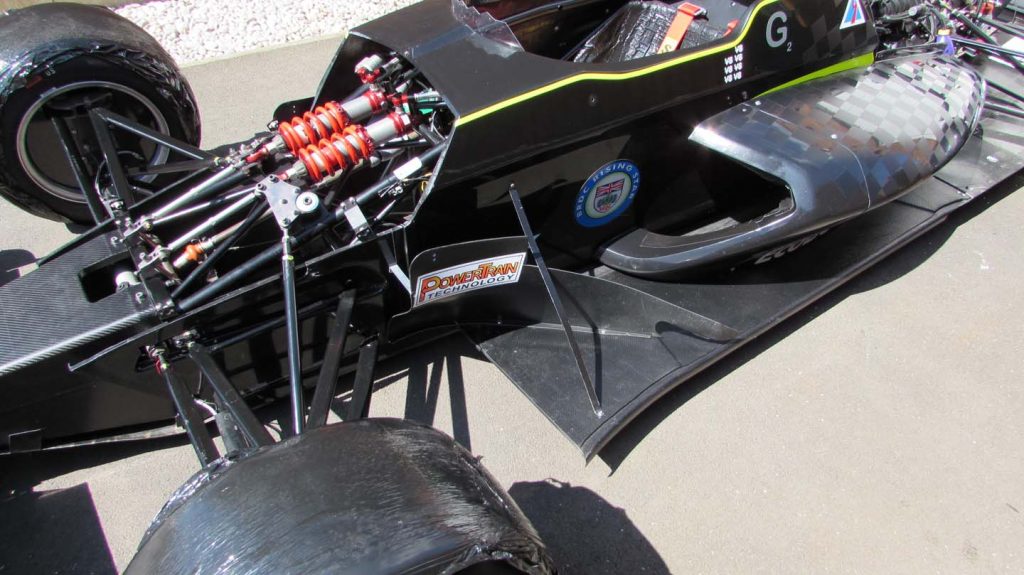 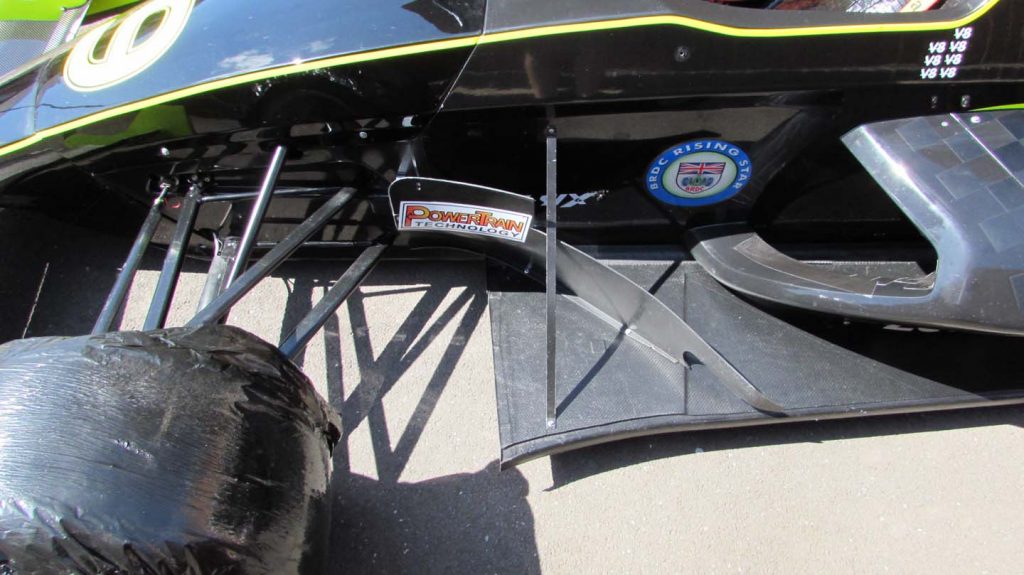 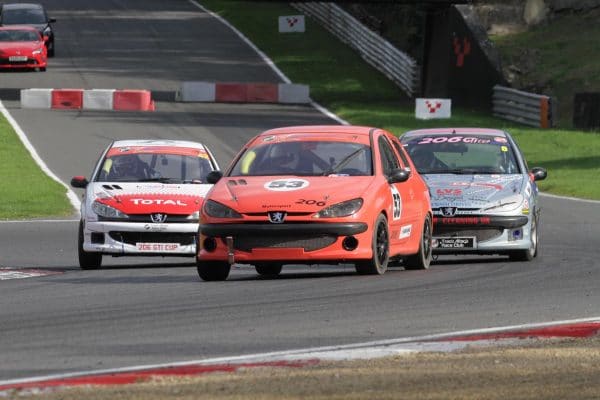 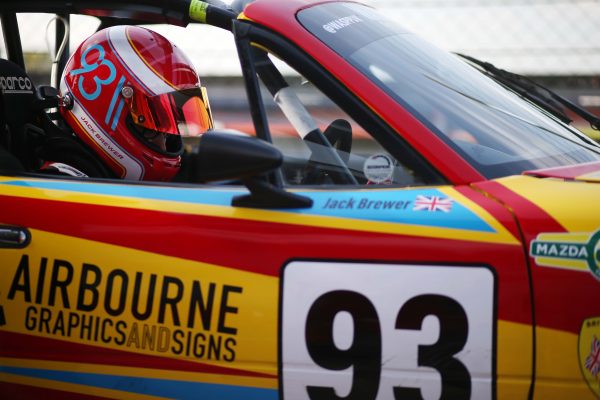 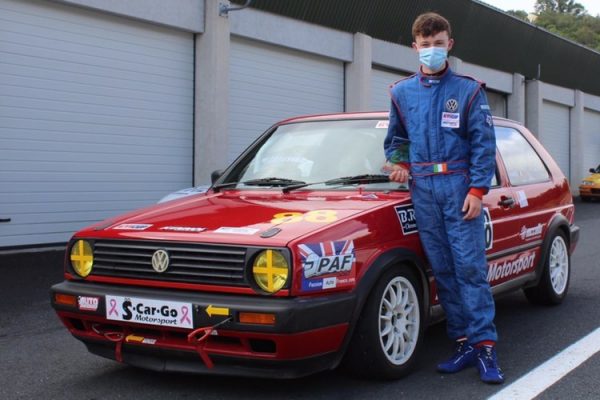 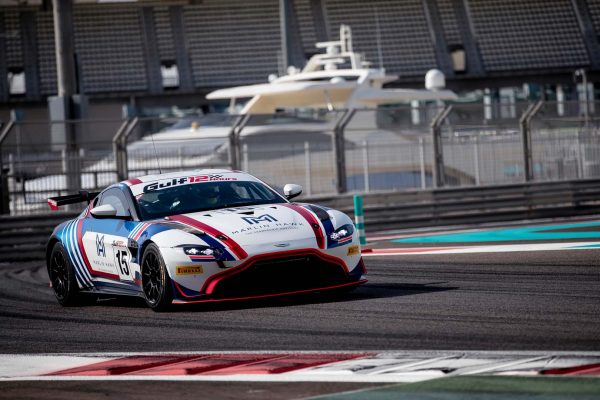 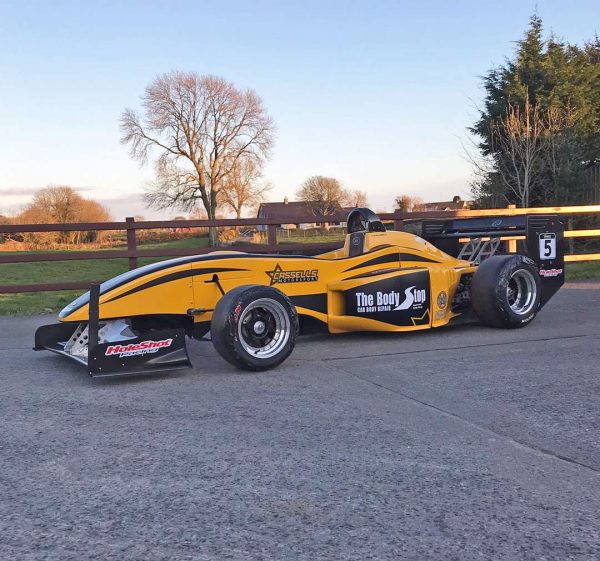 The return of British Motorsport